Logan Square features a mix of corporate offices and luxury high-rises lining the main thoroughfares with modern and historic homes tucked along tree-lined side streets. Green spaces, including the neighborhood’s namesake, Logan Square Park, provide spots for relaxation and fun. One of the five squares central to William Penn’s design for Philadelphia, it was originally named Northwest Square, but renamed for an 18th century mayor of Philadelphia. 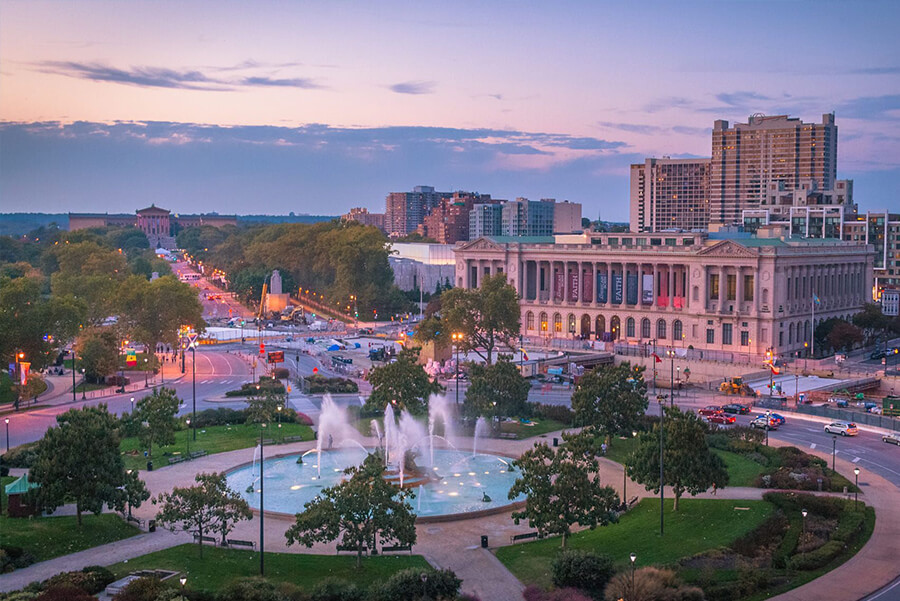 The architecture surrounding the square is some of the most historic in the city. Perfectly balanced around the central circle of Logan Square sit The Academy of Natural Sciences of Drexel University to the south, The Franklin Institute to the east, the Free Library of Philadelphia to the north and the Cathedral Basilica of Saints Peter and Paul to the west. The magnificent City Hall building, the oldest and largest municipal building in the country, sits just west of the Square.

Readily accessible by multiple forms of public transit, Logan Square is a commuter’s dream. The city buses are nearly outnumbered by double decker tour busses, giving visitors a bird’s-eye view of the historic architecture. As the home to many of Philadelphia’s best known tourist stops, the Square can get quite busy during warmer months, but the residential streets remain quiet year round.

A selection of eateries, including the Marc Vetri venture Vetri Pizzeria and Philadelphia classic Sabrina’s Café, as well as newcomer Rose Tattoo Cafe lay within the borders of this neighborhood. Pubs are a bit more spread out, with higher end establishments clustered along Benjamin Franklin Parkway and smaller venues with more of a neighborhood vibe located towards Spring Garden Street. Beautiful, quiet, and close to the action, Logan Square is truly a great hidden slice of Philadelphia. 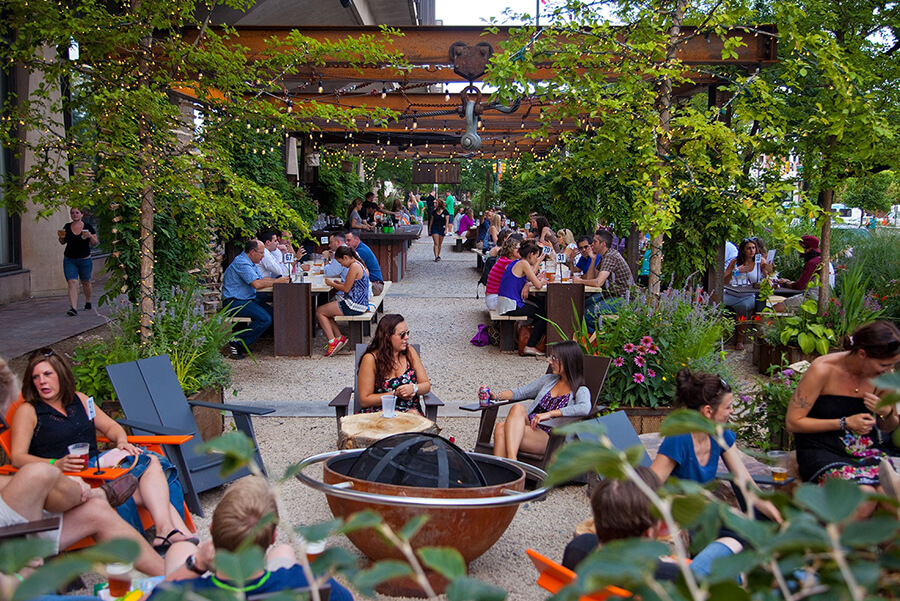