Northern Liberties (NoLibs to the cool kids) is no longer an up and coming part of town – it’s definitely arrived! With a rebirth beginning in the 90s with artists flocking to the area for the promise of low rent and large spaces, other trendsetters soon followed making this one of the trendiest, liveliest neighborhoods in town. 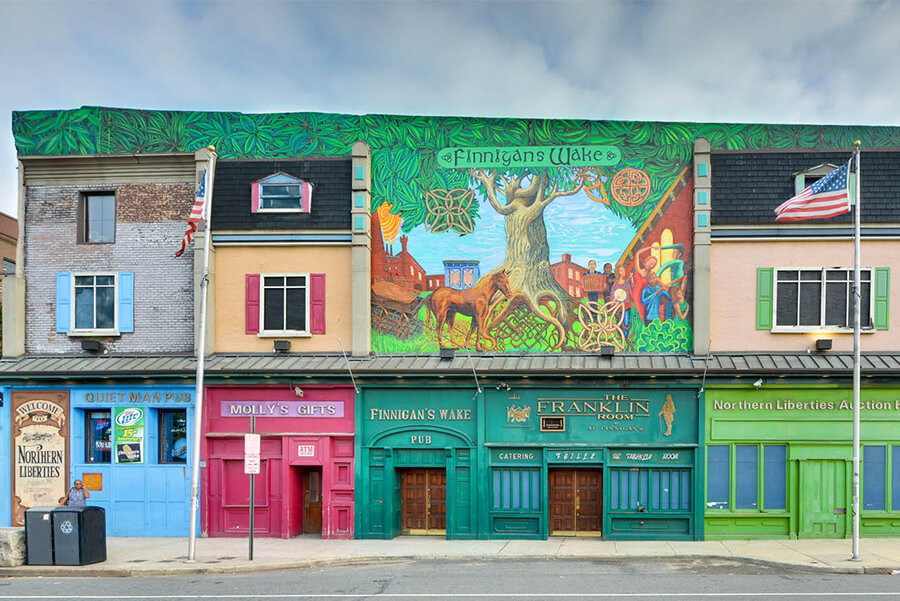 A haven for quirky bars, restaurants, and boutiques NoLibs is easily one of Philadelphia’s best neighborhoods for

dining and drinking. Cafe La Maude features inspired French Lebanese cuisine, while Honey’s Sit n’ Eat is a local Southern food favorite. Brunch lovers and craft beer fans rejoice at the abundance of choices as do art aficionados – the neighborhood is home to plenty of galleries, a nod to its 90s rejuvenation. With galleries specializing in lighting design (Bahdeebahdu), Cambodian and African art (Khmer and Indigo, respectively) and the eclectic Philadelphia art scene (Bambi, Masthead, and Street Glitter) there’s truly something for every interest.

Biking tends to be the transport of choice here, but the Market-Frankfort line and a trolley line both serve the area. The Spring Garden El station is especially beautiful with a lighting installation designed to provide visual brightness and a welcoming and safe passage for residents, visitors, and commuters

Just north of Old City, Northern Liberties began as an industrial hub – home to mills, breweries, tanneries, factories and foundries. Much of the old industrial buildings still stand, having been re-purposed into residential and commercial spaces. These spaces, along with the classic Italianate, Greek Revival and Federal style architecture, have become home to young professionals, artists, and students from near by Temple University. Schmidt’s Commons, home to the defunct Schmidt’s Brewery – one of Philadelphia’s first, opening in 1863 – is home to a sprawling mixed use development with space for hosting events such as concerts, festivals, and more. 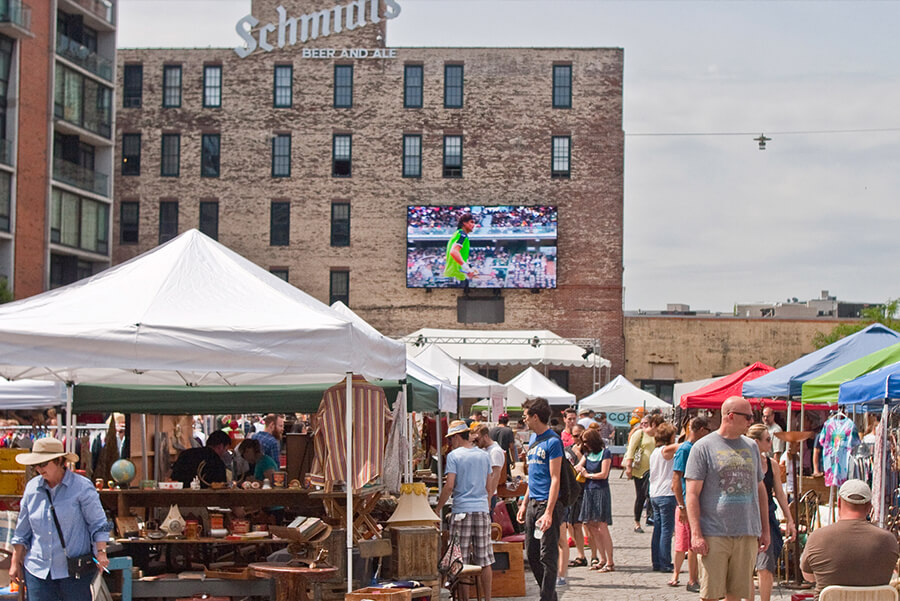