Home to cobblestone streets and plenty of 18th century charm, this neighborhood is filled with small shops and a vibrant art scene. A favorite visit for out-of-towners, Old City plays host to the Liberty Bell, Penn’s Landing, Elfreth’s Alley – the oldest continually inhabited street in the country – and Philadelphia’s First Fridays art events. 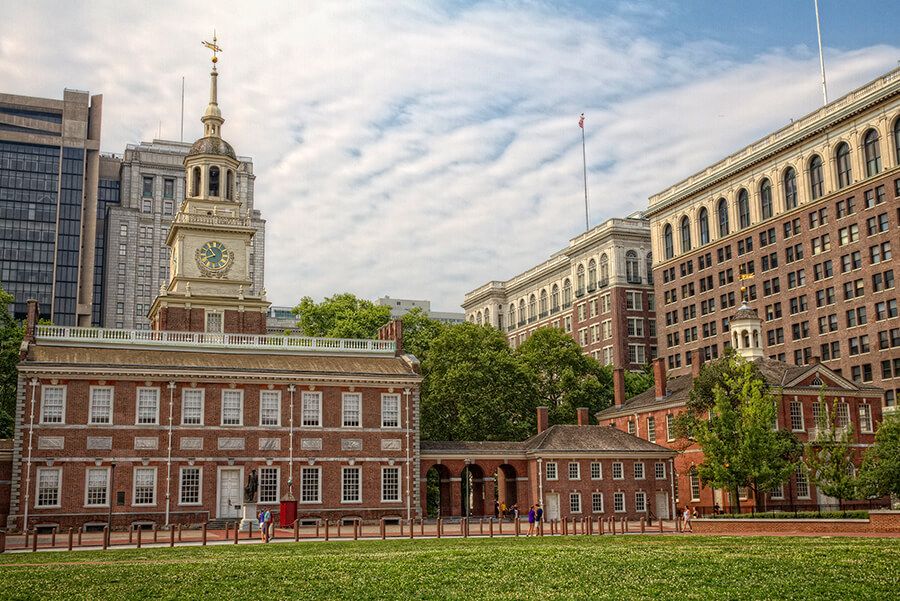 The Market-Frankford Line (the El), plenty of bus routes, and the seasonal PHLASH bus make commuting from Old City easy.

Along with the home of the founding of our nation – Independence Hall – the National Museum of American Jewish Heritage, National Constitution Center, and the Philadelphia History Museum provide plenty of cultural opportunities. The Delaware River waterfront and Penn’s Landing, with its warm weather attractions like Spruce Street Harbor Park, provide space to enjoy the great outdoors. Additionally, The Race Street Pier, Blue Cross River Rink, and the expansive lawns surrounding Independence Hall and the Museum of the American Revolution are wonderful places to enjoy some natural beauty.

One of the most popular destinations for nightlife in the city, Market and Chestnut between 3rd and Front streets are lined with pubs, bars, and cocktail lounges. 3rd between Market and Vine is home to galleries, boutiques, and other small businesses, including the countries oldest candy shop, Shane Confectionery. Three art house theaters and The Arden Theater for Performing Arts serve the neighborhood providing plenty of date night options. First Fridays are busy with patrons flocking in from all over the city to visit galleries and shops and the Old City Fest in October celebrates the creativity and culture found in America’s Most Historic Square Mile.